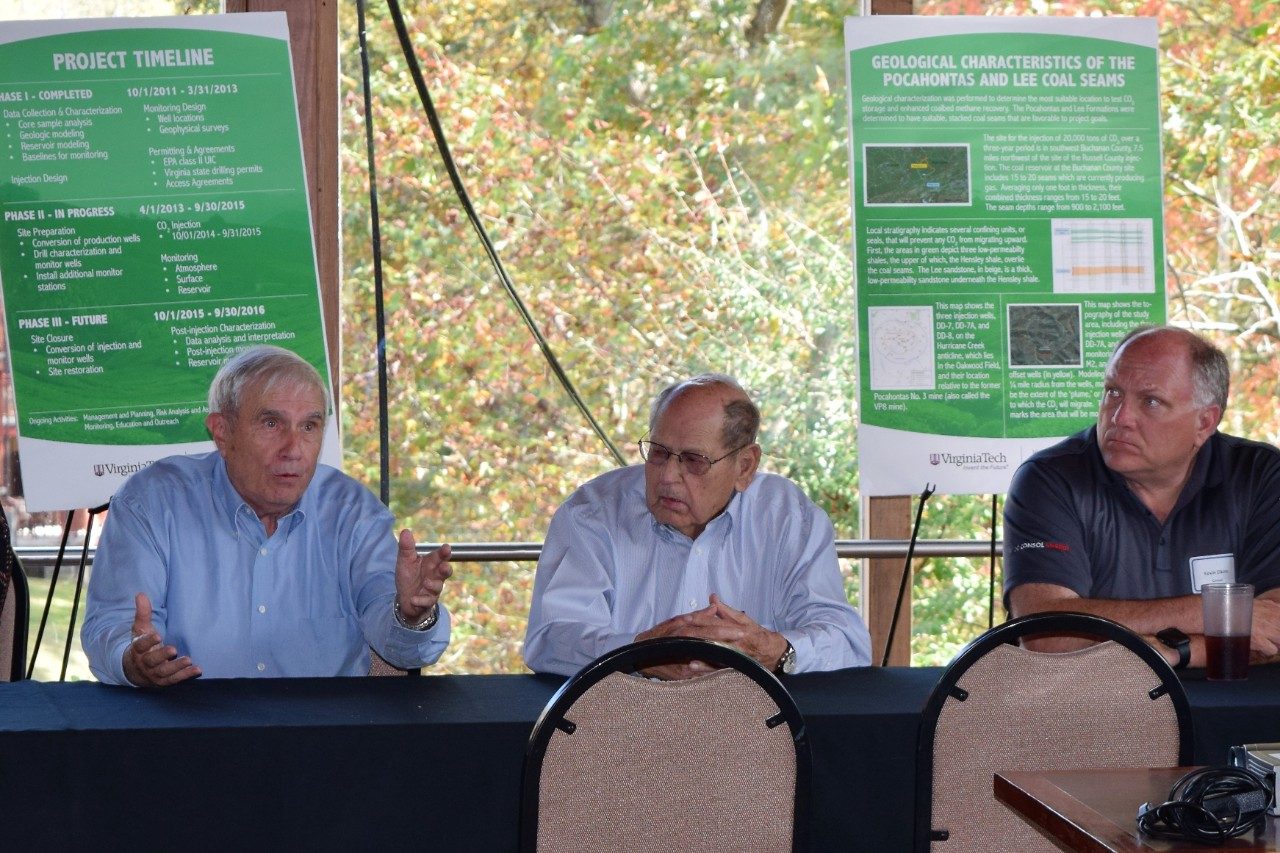 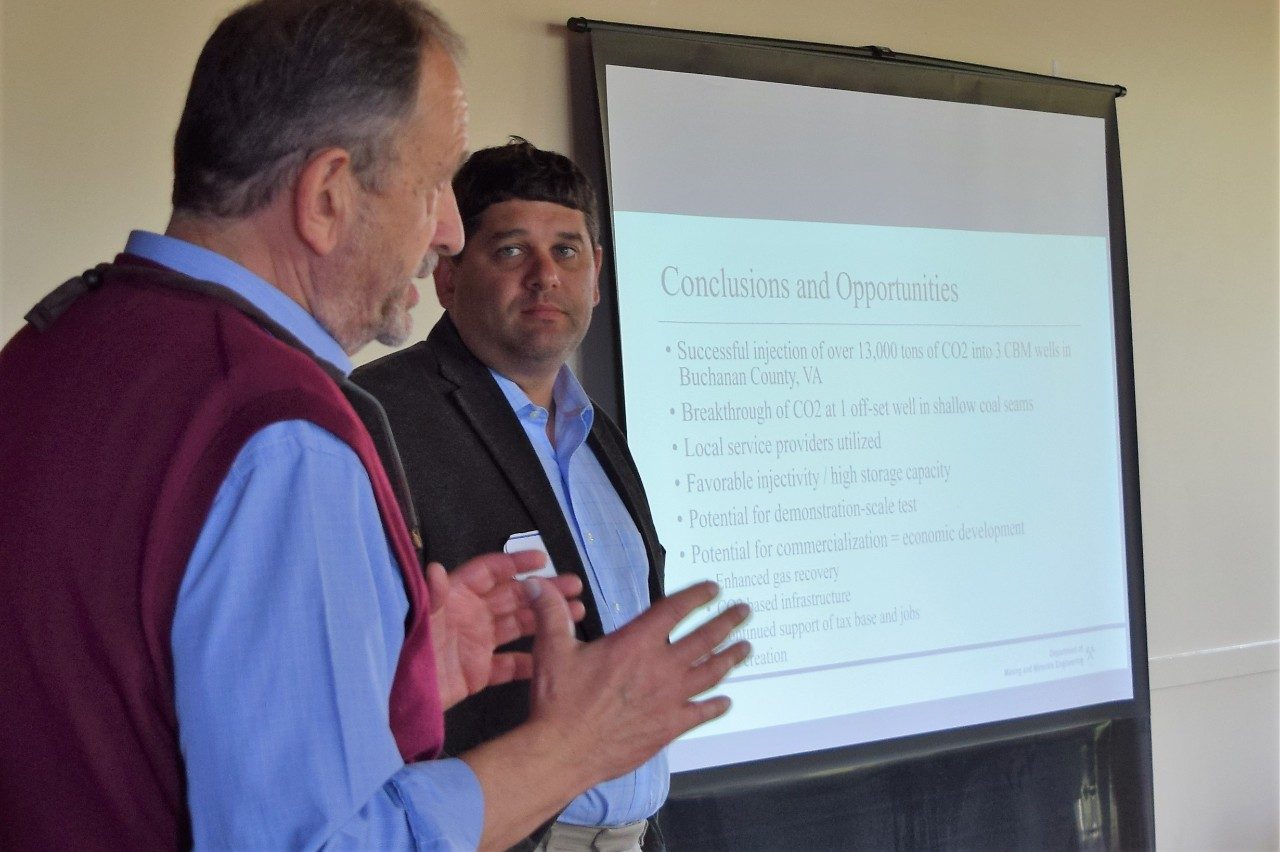 Unmineable coal seams in far Southwest Virginia appear to have what researchers said is “high storage capacity” to be able to store carbon dioxide, based on the findings in a recently concluded test in Buchanan County, Va., by the Virginia Center for Coal and Energy Research at Virginia Tech The Department of Energy’s (DOE’s) National Energy Technology Laboratory(NETL).

The year-long test, in part made possible by CONSOL Energy’s Virginia Gas Operations consent to use three wells with the permission of landowner, Landon Wyatt, involved injecting some 13,000 tons of carbon dioxide into unmineable coal seams at depths of 900 to 2,000 feet with a goal of storing the carbon dioxide while at the same time enhancing methane recovery. The three vertical coalbed methane wells which have beenmonitored throughout the test are now being returned to production.

Virginia Tech Researchers Drs. Michael Karmis and Nino Ripepi presented the findings during an open house public outreach event Friday at the Breaks Interstate Park. They noted the ability to successfully store carbon dioxide is one of the keys to clean coal technology research.

“We found several things during the course of this project,” Ripepi explained. “It was a successful test and we found that there is high storage capacity; the potential for a demonstration scale test; and the potential for commercialization.”

The potential for commercialization could also mean added potential for economic development opportunities, he said, noting that enhanced gas recovery, development of a CO2-based infrastructure, continued support of the tax base and existing jobs, as well as job creation are all components of what expanded testing of the process could lead to for the area.

He suggested the next step would be a legislative step related to offering incentives for CO2 emitters to capture CO2 from their processes.

The Virginia Center for Coal and Energy Research (VCCER) was awarded a cooperative agreement from the Department of Energy’s (DOE) National Energy Technology Laboratory (NETL), to accomplish the programmatic research goal of understanding the relationship between carbon dioxide (CO2) and methane (CH4) in underground geological formations such as coal and organic shale.  The CO2 injected into wells in the Oakwood coalbed methane field in Buchanan County was monitored closely in the injection and post-injection phases of the project.

Geological characterization performed during earlier projects funded by the DOE/NETL led to the identification of promising areas for storage of CO2 using existing wells in Buchanan County.

A previous project performed by the VCCER during January and February of 2009 in nearby Russell County, Va., successfully injected 1,000 tons of CO2 into unmineable coal seams in that county.

The total project cost was approximately $15.2 million, $12.2 million of which came from the U.S. Department of Energy. The remaining funding for the project came from Virginia Tech and the private sector.